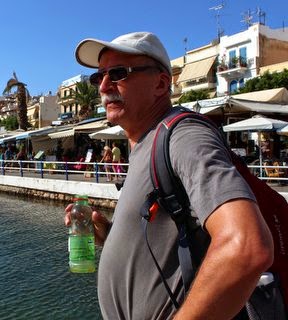 So this is a description of a trip that really happened, but that alternatively occurred otherwise. It is now possible to tell alternative truths; Heads of state can do this, not to mention the usual politicians. 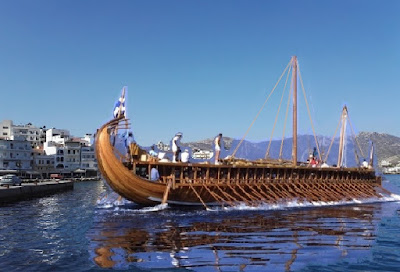 On October 3, 2017, at 8.30 am in the port of Pigadia Karpathos Island, we sat, my wife and I, on the top deck of the ship our destination being Diafani on the same island. 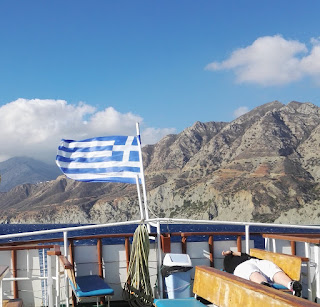 The ship was swinging in the harbor pretty much. There were men - the galley slaves - down in the ship's body  forced to waggle the ship from side to side to get the tourists in the right mood. Some of the passengers got sick and rested their nerves on the bench. 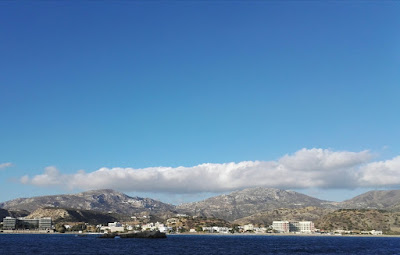 Then when it was launched, the swinging ended. Of course. They did not have to rock anymore when they had to hurry to row. A man with overalls went down to beat them with his whip. That was when Pigadia started to pass out of view.

Diafani
After one and a half hours we arrived. The  man with overalls appeared only slightly dirtier - blood is not likely to spill so much at the end of the season, the slaves are beginning already to be quite dry. 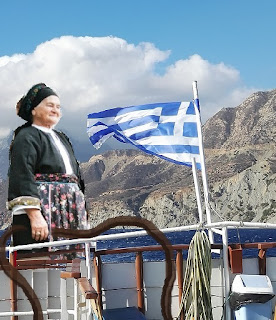 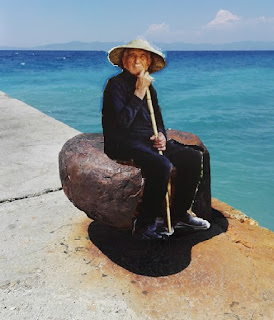 So we got to the quay. In other words, the cantin's mistress came and grabbed the wrist-thick rope and, together with the crew, set our boat tight.
Suddenly there was a small boy coming to the same boat, and he shouted: Jajaa! Jajaa! (Grandmother!) And he jumped into her arms. Then to the ship ran a low-legged dog his tail wildly brandishing followed by  the boy´s ( Manolis ) mother and, finally, a great-grandmother with a baby in her arms, the baby that was also brought to Jajaa to be seen. All this was accompanied by an unceasing Greek language speech. Grandpa sat silently on the bollard.
Only after this catwalk show it began to be somewhat possible to think of the passengers' landing. 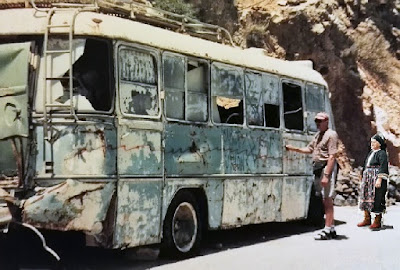 The baby in her lap the grandmother Jajaa - that is, the canteenswoman, or the lady who tied the ship up - led us to the scrap bus. The trip was supposed to continue up the mountain to the village of Olympos. But to our horror Jajaa with the baby got up to a seat and started the engine. After a long talk, the great-grandmother finally came and took the baby, but the driver pushed the first gear in and got off to speed. - Well, got off to start at least. It was not the speed we suffered to the upstate.
The road was a serpentine with needle eye bends where Jajaa gave the beeping sounds to alert the respondents. There was no room for other cars. Before the bend she slowed down, almost stopping the bus to grab a smaller gear.
On the other side of the road there was a vertical stone wall up, on the other side a vertical drop down, I heard. The most important thing was to keep the eyes tight, the tongue in the middle of the mouth and to mutter the first prayer to come to mind. Nonetheless, we were lucky, this time, to get up to the village. 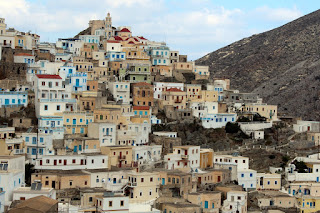 And it was really the village. Hanging on the mountain slope. Hard for the pirates come to conquer. But now, enthusiastic tourists are being stolen. So kind of those Greeks. "Where do you come from - Oh Finns - Terveterve – How are you doing!" After that, it is a good idea to go to the topics of commercial things. Like anywhere in the world where tourism is taking place for living. 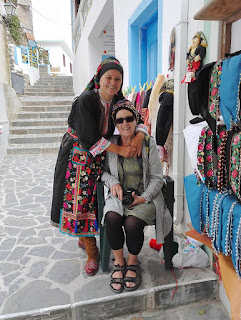 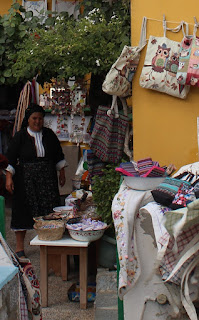 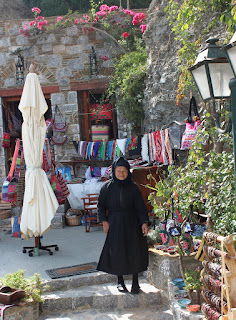 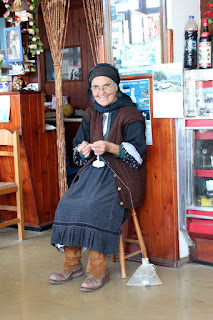 But now a question arises: why only grandmothers? 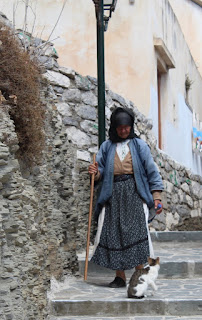 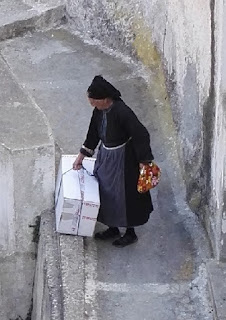 Only one man - the priest of the village! 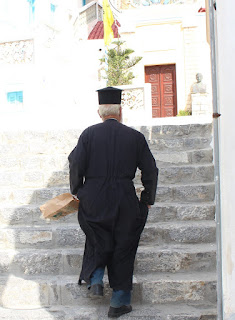 In the pharmacy, besides other things, it turned out that men are now down in the fields at work. They will be there for a while until they come up to have their siesta sitting in taverns. The head of the tourist is hurt by the height. - There may be something else wrong. 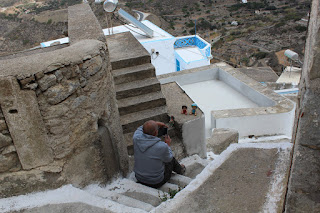 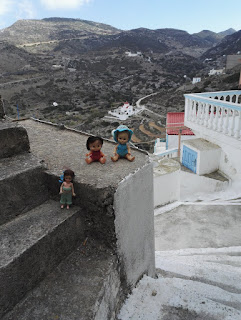 Convenient! The restaurant menu can be seen directly from the street. What scents! 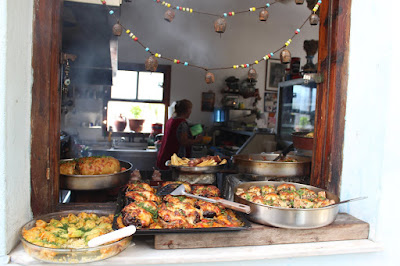 When we went out of the dining room, the waiter brought us a large bag of lukumades, little donuts. We were wondering what an odd thing? Then it became clear to us that we had to take a pouch for Jajaa, who would then sell them lukumades on board. - A small village, everyone knows everything. Even that we were going by bus and ship back. The asked thing happened. Jajaa was happy.
I will not say anything about the way back !!! But since I have written these memoirs, we probably luckyly survived. 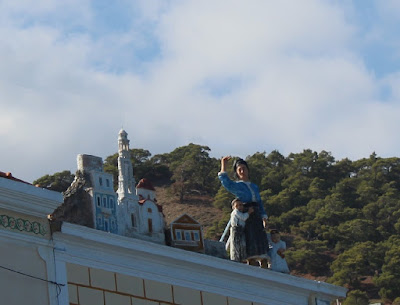 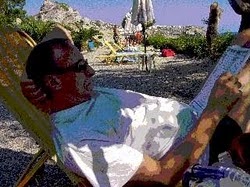 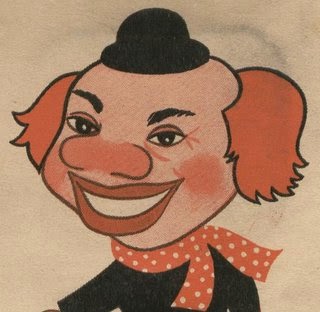